Liza talks with Sandra Velasquez, Founder of DistroTalk and Nopalera

Sandra is the Founder of DistroTalk for novice distributors and recently founded Nopalera Mexican Botanicals for Bath and Body. She is a Sales Representative for Van Leeuwen Ice Cream in New York City. And if that doesn’t sound busy enough, Sandra was the Founder and singer, songwriter, guitarist and lead singer of the Mexican/Rock fusion group “Pistolera” and children’s album “Moona Luna”.

DistroTalk was started while Sandra was between jobs and is still going strong. She offers monthly small and interactive online sessions where she offers her expertise in distribution and consumer packaged goods (CPG).

Working with Van Leeuwen Founders, Pete and Ben Van Leeuwen and Laura O’Neill was not a plan. However, it all fell into place when she happened to run into her old friend, Pete Van Leeuwen. Pete had been a roommate of hers years before. Pete explained that they needed a Sales Representative for the Van Leeuwen brand in the Northeast area. It was a perfect opportunity and Sandra has been with them since.

In the years since “Pistolera”, Sandra has accomplished many things, but always held her love of music and her culture. When her daughter was born, she went right ahead and created a children’s bilingual/bicultural version of music called “Moona Luna”.

Sandra’s latest venture is her new brand, Nopalera. She saw a lack of high end bath and body products made specifically for Latin@s. As such, the Cactus Goddess logo was born! Nopalera products come from the Nopal Cactus Plant, a well-known national symbol in Mexico.

Sandra also speaks about her mother’s influence on her. Sandra describes her as fierce woman who immigrated to America, worked hard to learn English and pursued education. She is now a powerful immigration attorney and human rights activist. Her mother has been inducted into the Women’s Hall of Fame in San Diego, California. She instilled a sense of cultural pride in Sandra and had a bilingual household.

BACK TO MARKETING MYTHS & MAGIC PODCASTS 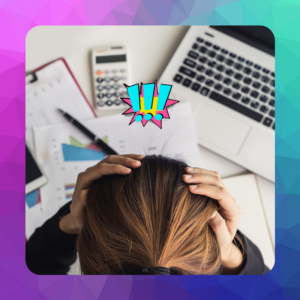 Or is it healthier than kale covered in chia seeds?

Not sure? Or sure it’s not working? Answer these 10 questions

Get a personalized report of where the weak spots are and tips to fix them!